Along the beach in Santa Monica, California, on the fourth Saturday of every month, an elderly gentleman could be found flying kites with his wife and three daughters. The panda bears, butterflies, and centipedes floating in the breeze were of his own design.

Today’s Doodle honors the life and legacy of Tyrus Wong (born Wong Gen Yeo) the Chinese-American artist responsible for some of the best-known images in American popular culture. Drawing inspiration from Chinese artists of the Song Dynasty, Wong applied his unique vision to paintings, prints, and even the Walt Disney film Bambi.

Born on this day in 1910 in a village in southern China’s Guangdong Province, ten-year-old Wong and his father traveled to America seeking a better life. After living a short time in Sacramento, they eventually settled in Los Angeles.

Although Wong’s father recognized his love of art from an early age, he could only afford for Wong to practice calligraphy using water and newspapers as well as study Chinese art at the Los Angeles Central Library. There, he was introduced to his favorite paintings, the spare landscape paintings of the Song Dynasty (960–1279 AD). In junior high school, Wong earned a scholarship to the Otis Art institute, supporting himself as a waiter in Chinatown. He and fellow artists like Benji Okubo and Hideo Date formed the Oriental Artists’ Group of Los Angeles, organizing shows of their work. In 1932, Wong’s work was exhibited at the Art Institute of Chicago along with works by Picasso, Matisse, and Paul Klee.

In 1938, Wong was hired by Walt Disney Studios as an “inbetweener” intern (illustrators who create the sketches between key animator sketches, forming the movement of a character or object), drawing thousands of illustrations that were photographed to make animated films. His most notable work was on the Disney film Bambi, where he served as a lead illustrator, profoundly influencing the art of the  beloved classic. Unfortunately, when Bambi hit theaters in 1942, Wong was only credited as one of many “background artists,” leading his major contributions to go unrecognized for years.

Wong went on to work for Warner Brothers, drawing and painting storyboards that shaped the look of other landmark Hollywood films like The Wild Bunch, Sands of Iwo Jima, and Rebel Without A Cause—all of which earned Academy Award nominations.

The artist’s contributions to Hollywood went largely unrecognized until 2001, when he was named a “Disney Legend.” Twelve years later, the Walt Disney Family Museum also staged a career retrospective “Water to Paper, Paint to Sky.”

A message from the creator of today’s Doodle, Sophie Diao:

Tyrus Wong’s work has inspired me since I first learned about him as a first-year animation student at CalArts. I specifically love how he infused Western illustration with Eastern painting sensibilities; it motivates me to think about ways to channel my own Chinese heritage in the stories and artwork I make.

Today’s Doodle was heavily inspired by Tyrus’ paintings of forests, which are atmospheric, blurry, and magical. They feel like distant memories that have been committed to paper. I tried to imbue the Doodle with this dreamy feeling too.

The more research I did on his life, the more impressed I was by the playful and curious way he lived. I feel like I really got to know him from all the videos and interviews in which he lit up when talking about his creative process. Now that the project is over, I’ll miss being immersed in his world, but I hope to carry forward the inspiration I found.

Special thanks to the family of Tyrus Wong, particularly his daughters Kim, Tai-Ling, and Kay for their partnership on this project.  Below, they share their thoughts on their father’s  legacy and the Doodle:

Our Dad was always creating art. Growing up, we benefited from his rich imagination and creativity— from his design of our family’s home and garden to the handmade holiday gifts he created for us even when he was in his 90s. One year he recycled a medicine bottle and made it into a whimsical pig; another year a Pringles container was transformed into a dachshund complete with pipe cleaner glasses and a peanut shell for a nose. Each gift contained foil-wrapped Kisses and a red envelope with Christmas money.

Dad and Mom always enjoyed spending time with family and friends. Our home was often filled with lots of laughter and kind-hearted camaraderie. We saw this as his way of sharing his sense of humor and love of life with others, all throughout his 106 years. 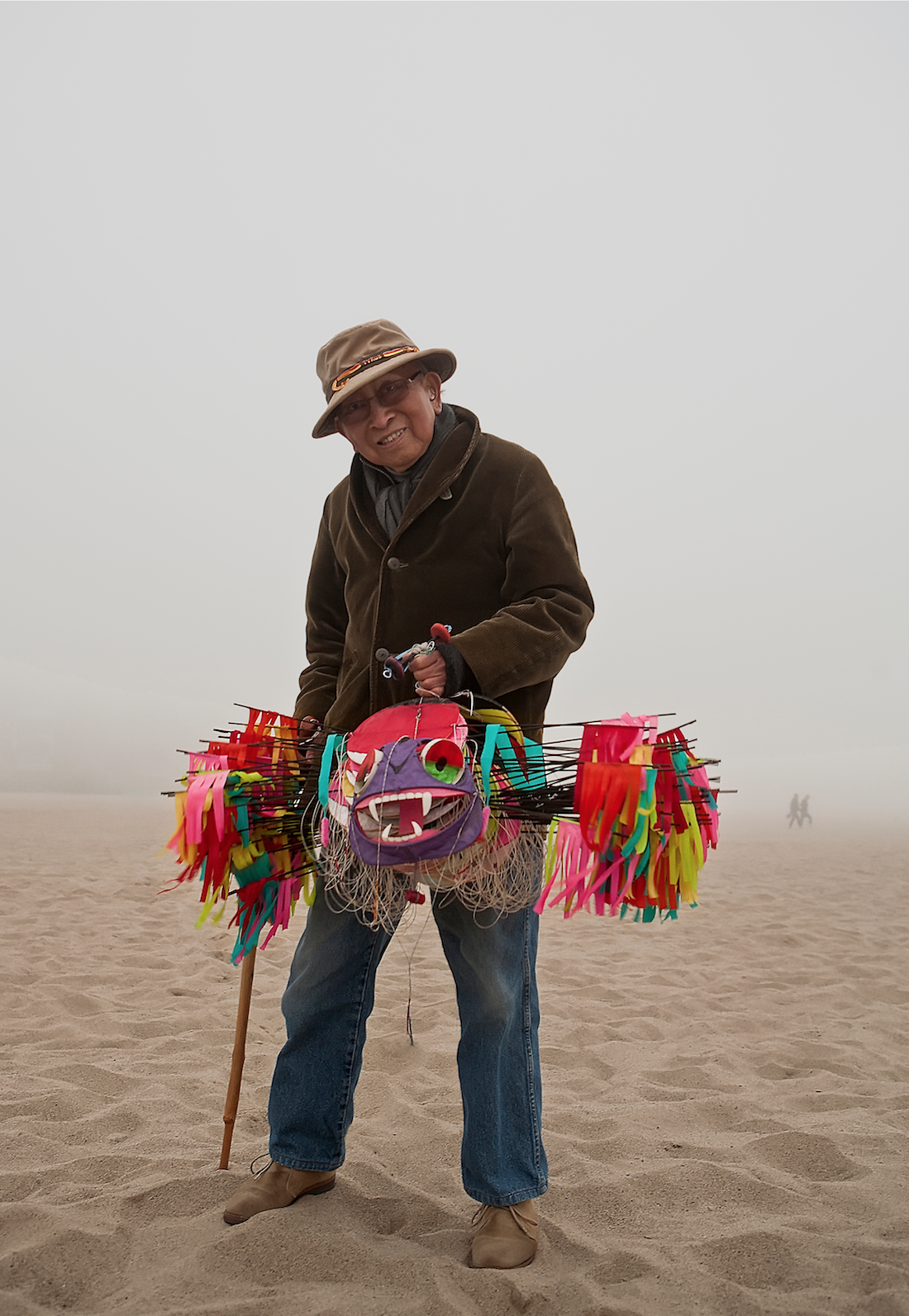 Through his work ethic, appreciation of nature’s beauty, and joy in creating art, Dad was a role model for us. We miss him very much and to this day, whenever we see something humorous, clever, or beautiful, we think of him and wish we could share it with him.

Thank you to the Google Doodle team for this celebration of our late father, Tyrus. He would have been honored and greatly appreciative to receive this tribute. 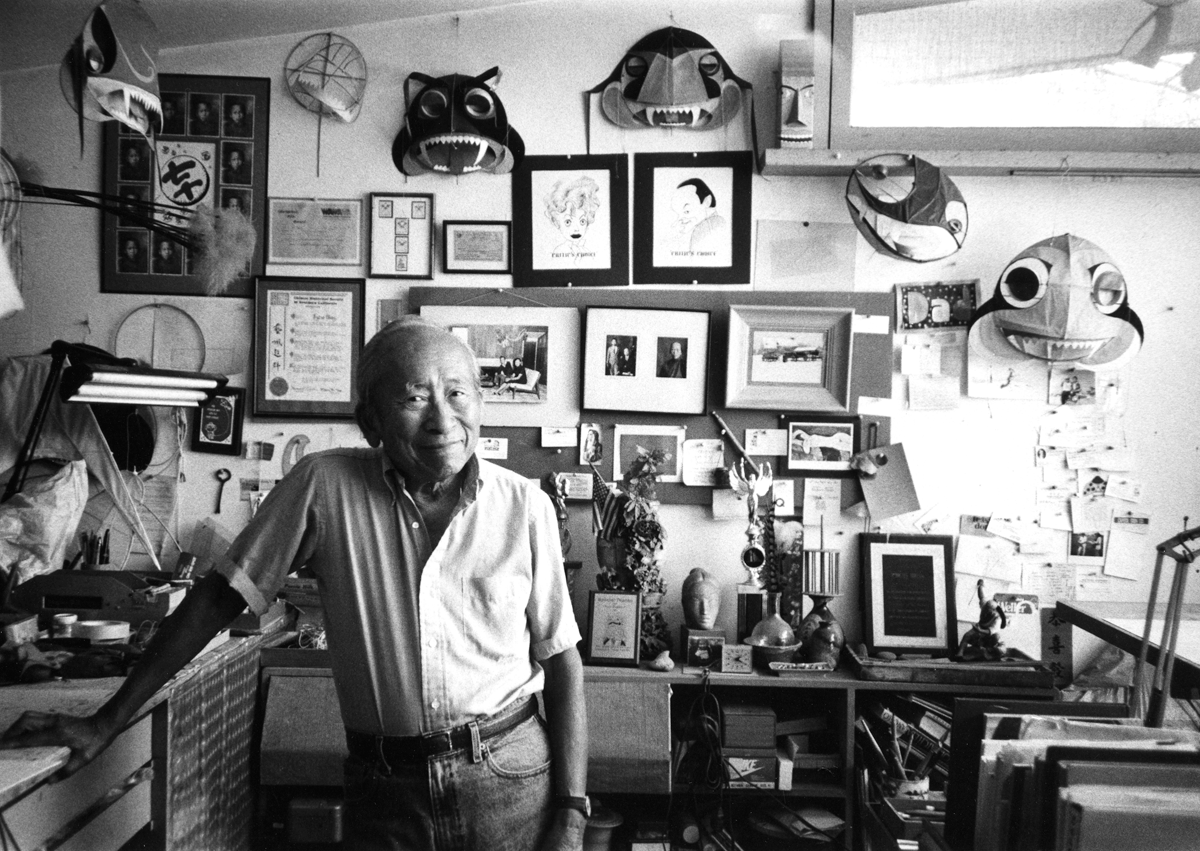 Early drafts of the Doodle below: 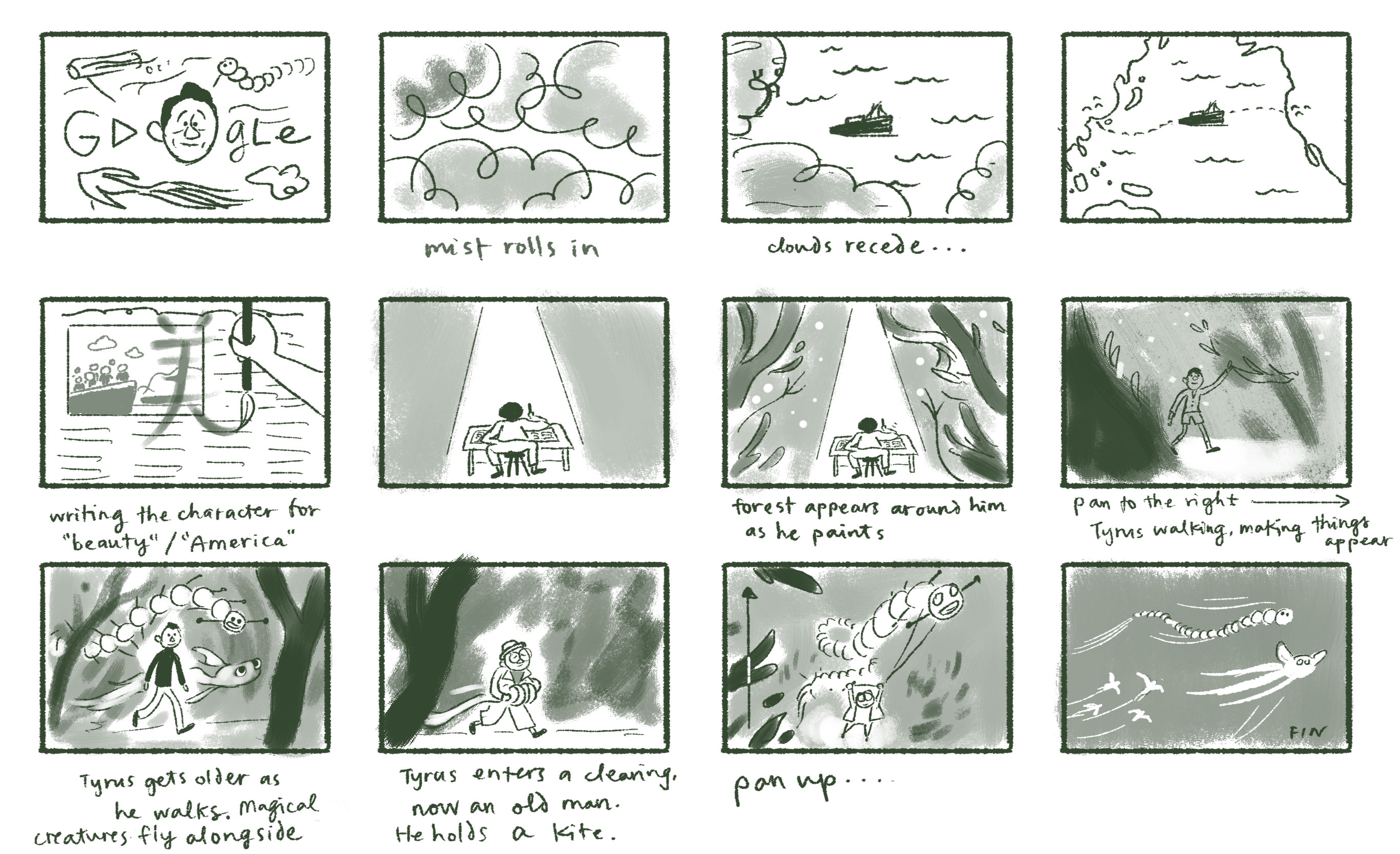 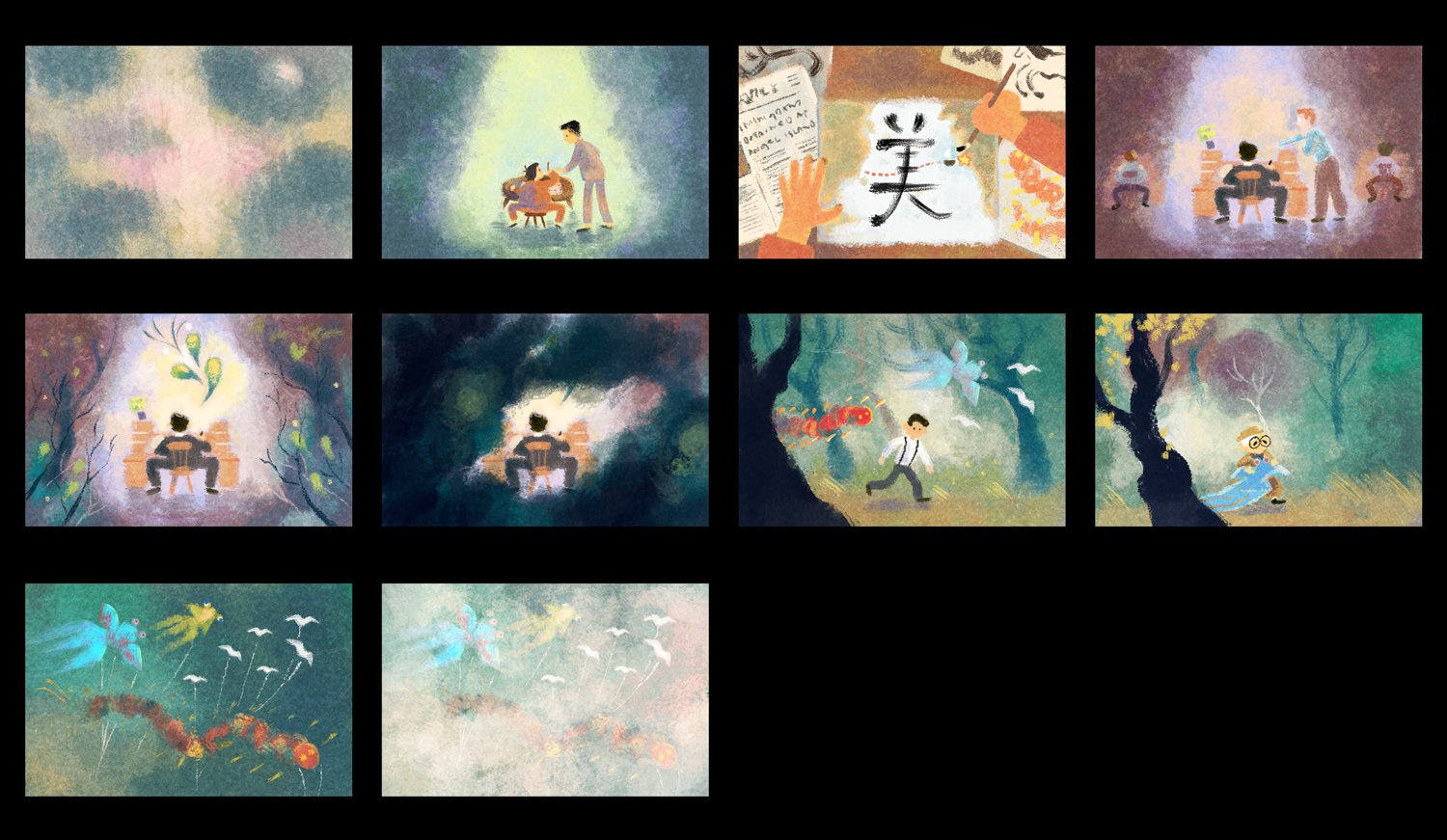 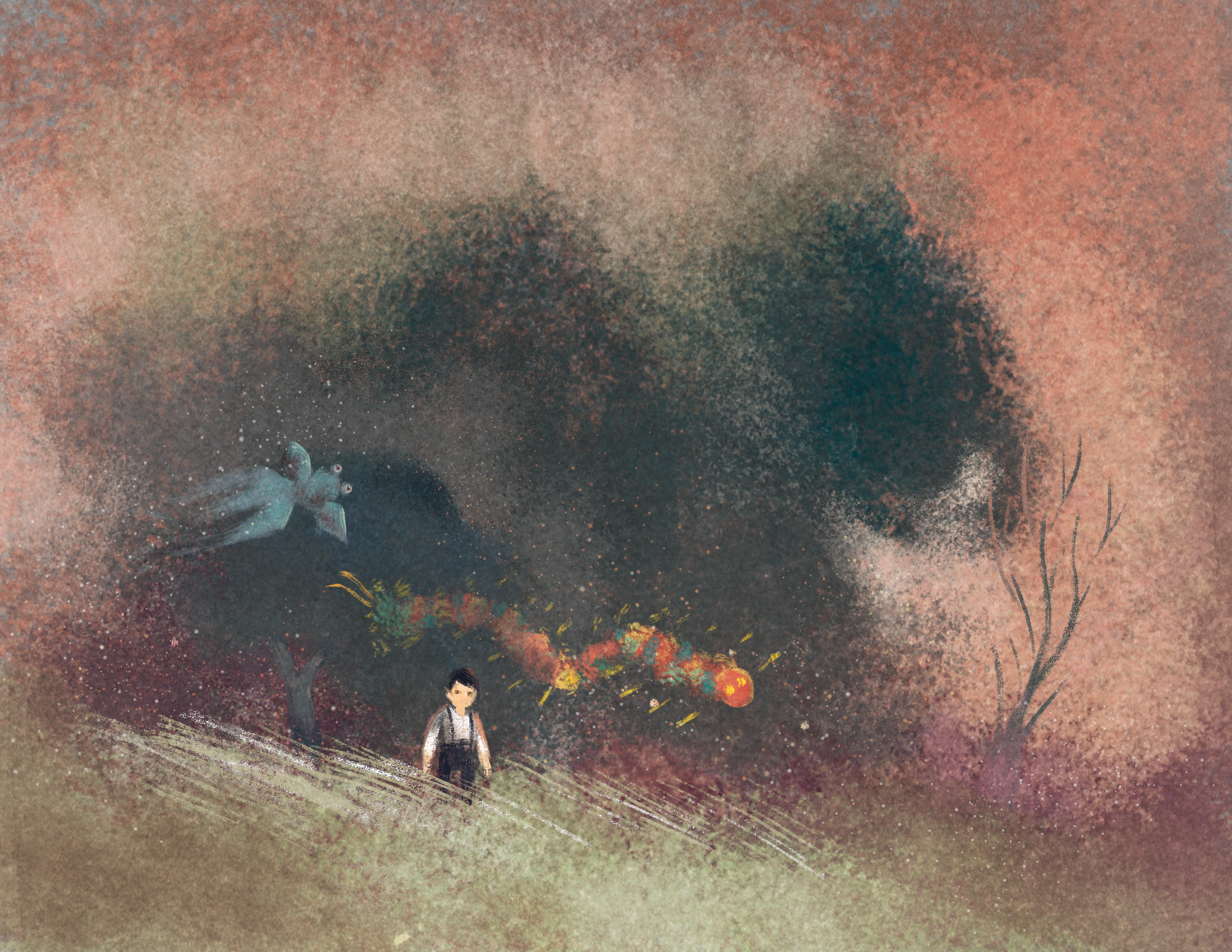